Flavorlab was pleased to mix “Active Measures,” a fiery political documentary that attempts to unravel the “Russia story.” The film leads viewers down a “trail of money, real estate, mob connections, and on the record confessions to expose an insidious plot that leads directly back to The White House.” Additionally, the film features high profile interviews and endorsements from Hillary Clinton, John McCain, and many others. Jack Bryan, New York City native, wrote and directed the project.

The documentary launched online and in theaters last Friday, August 31st. Since, it has already made a huge mark. It holds fourth place for Top Movies. It was the #1 Documentary on iTunes for the majority of its opening week. 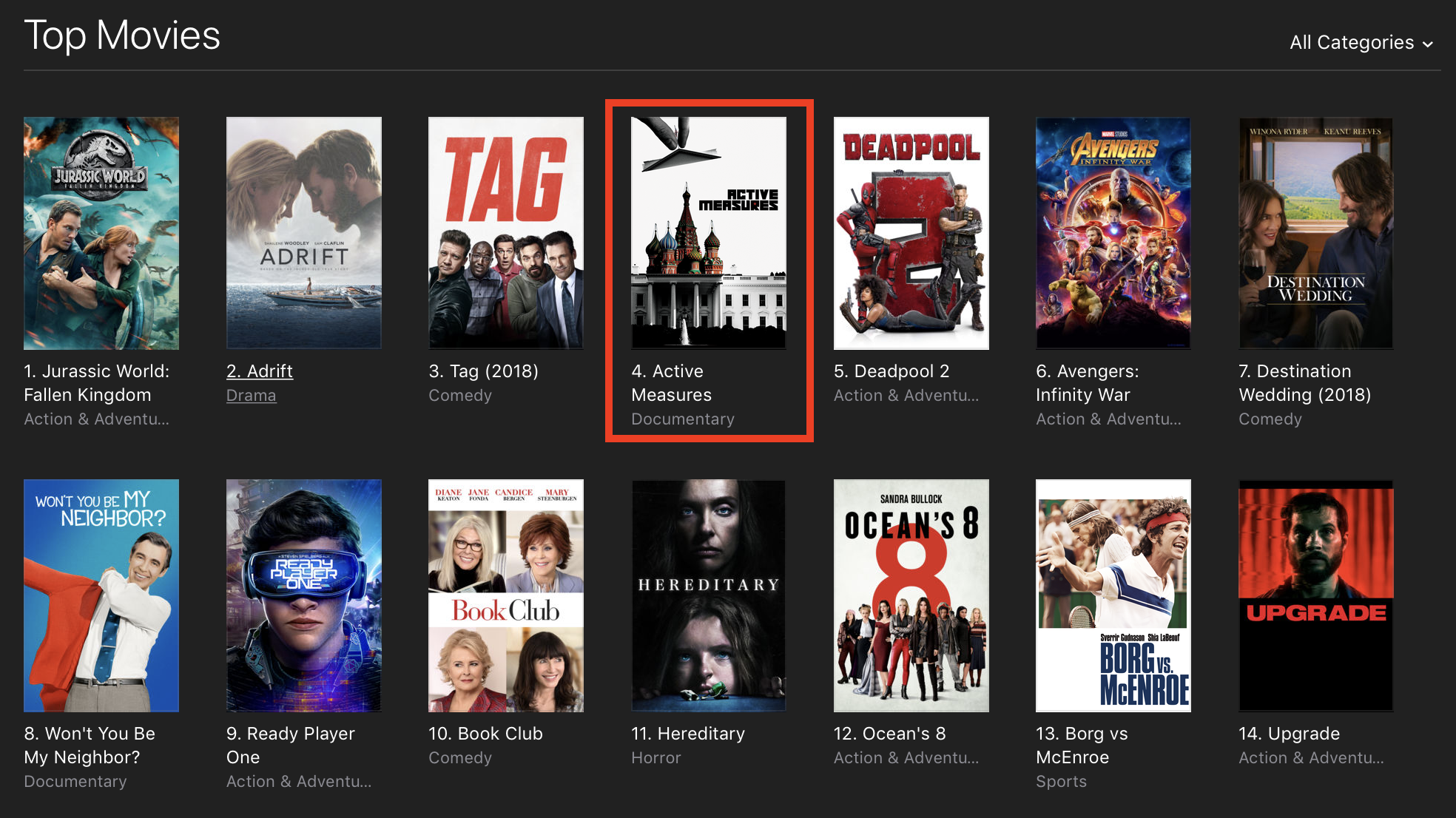 Flavorlab mixed the film and created sound design to support the documentary’s numerous visual graphics, charts, and animations. It was exciting to contribute our sonic expertise for such an impactful project.